We are ISO 9001:2015 Certified Company; specialized in perfect, accurate, and standard translation between Arabic and English languages, we always use only professional Arabic Native translators with a vast of full-time experience in Arabic language translating.

Arabic (Al-Arabiya, العربية) is a macro language. The biggest member of the Semitic branch of the Afro-Asian language group includes all the offspring of Classical Arabic, which is spoken mainly in the Middle East and North Africa. Its most proximate family’s languages are Hebrew and Aramaic. The Arabic word has numerous definitions. It can be used as a general term including all types of Arabic. The Arabic language is divided into three kinds; Classical Arabic, Modern Standard Arabic, and various regional languages i.e. colloquial Arabic. Arabic has been a signed language since the 6th century AD. Arabic encouraged many languages with which it got here in contact. These encompass Indo-Iranian languages (Persian, Kurdish, Pashto), Indo-Aryan languages (Hindi, Urdu, Bengali), Turkic languages (Turkish), African languages (Swahili, Hausa), to name just a few. These languages followed the Arabic script and borrowed a big wide variety of Arabic vocabulary. Words of Arabic beginning may be discovered nowadays in languages everywhere in the world.

Status of the Arabic Language

It is expected that there are 223 million speakers of the 30 types of Arabic language listed by Ethnologue. The major speakers them can also speak and understand Modern Standard Arabic language. In addition, the spoken variety is learned as a first language. Modern Standard Arabic is the official language of each Arab country and is the only method of Arabic taught at all levels of education. Modern Standard Arabic is the official or one of the official languages of several countries, including Algeria, Bahrain, Djibouti, Iraq, Egypt, Kuwait, Jordan, Lebanon, Morocco, Libya, Oman, Qatar, Somalia, Sudan, Syria, Tunisia, Mauritania, and the West Bank of Palestine, Gaza, United Arab Emirates and Yemen. In addition to the Arab countries, where the Arab population is concentrated, a large number of Arabic speakers live in Iran and France, and a large number of Arabic speakers live in Israel and parts of Africa.

Dialects of the Arabic Language

MSA is the general language of the Arab world. It is a direct offspring of classical Arabic. MSA is used in regular speaking cases like sermons, lectures, news programs, and speeches, as well as in all formal scriptures such as official correspondence, literature, and newspapers. There are no native speakers at MSA. Most professional Arabs learn through prescribed education, although various Arabs without prescribed education at MSA can more or less understand it. MSA is fairly uniform across the Arab world and serves as the lingua franca for speakers of various slang dialects, many of which may otherwise not be able to communicate with one another.

Classical Arabic is not spoken. This term belongs to Arabic script from the Qur'an and early literature. Classical Arabic became the language of science and religion with the expanse of Islam. Its connection with modern spoken language is similar to Latin for modern Romance languages. It is used as the language of religious practice everywhere in the Muslim world. It is formally studied in schools, and since the 7th century AD, it has hardly changed grammatically.

The term refers to regional diversity used in daily communication and popular culture; Colloquial (spoken) Arabic is used in films, plays and even some literary works; all spoken varieties are assimilated by children as their native language; Many dialects are spoken here, which vary from place to place. Arabs from one region usually recognise dialects from other regions, depending on their geographic distance and Modern Standard Arabic knowledge. Factors that distinguish the spoken varieties include the influence of the languages spoken in the region before the arrival of the Arabs, the influence of neighbouring languages, and the prestigious role of the languages of the great powers, colonies.

Writing System of the Arabic Language

All types of Arabic are written in Arabic script, based on the Nabataean letters used to write the Nabataean dialect of Arabic. The Nabateans added six letters to the Aramaic letters to denote sounds that are not found in Aramaic. The Nabataean letters contain only consonant symbols. The Arabs added diacritics in the form of dots above and below the consonants to indicate vowels. The oldest Arabic inscriptions date from 512 AD. Since then, writing has undergone various modifications, and its current form (Naskh) first appeared in the 11th century AD and is being used ever since, especially for printing. Various other independent languages practice Arabic script, including Persian, Pashto, and Urdu, which use a modified version of Arabic script known as Perso-Arabic. Turkish, Swahili, Hausa, and Uzbek were between the languages that used the Arabic alphabet before the choosing of Latin or Cyrillic. The Arabic script is a somewhat accurate description of the sound system of a language. Arabic script Contains 28 characters with additional letters for loan words containing non-Arabic sounds, for example, (pپ ) and (g گ). Arabic Words are written horizontally from right to left. Each letter of the Arabic alphabet can have four separate forms, depending on its position in the word. Distinguish between independent, initial, secondary and final forms. The frame of some letters lets them connect while the frame of others doesn't. Words that can be combined are always combined in both written and printed Arabic. The letters are clarified in handwritten form. Capital letters and small letters are not used in Arabic Script.

There are various Arabic origin words used in the English language, covering many areas. Most of them switched to English through other languages, especially French and Spanish. As you may see here below few Arabic loanwords are used in English. You can easily find English words that start with al- ال (definite article in Arabic) in everyday English, for example, algebra, alcohol, niches.

Below are Few Common Words and Phrases in Arabic Language 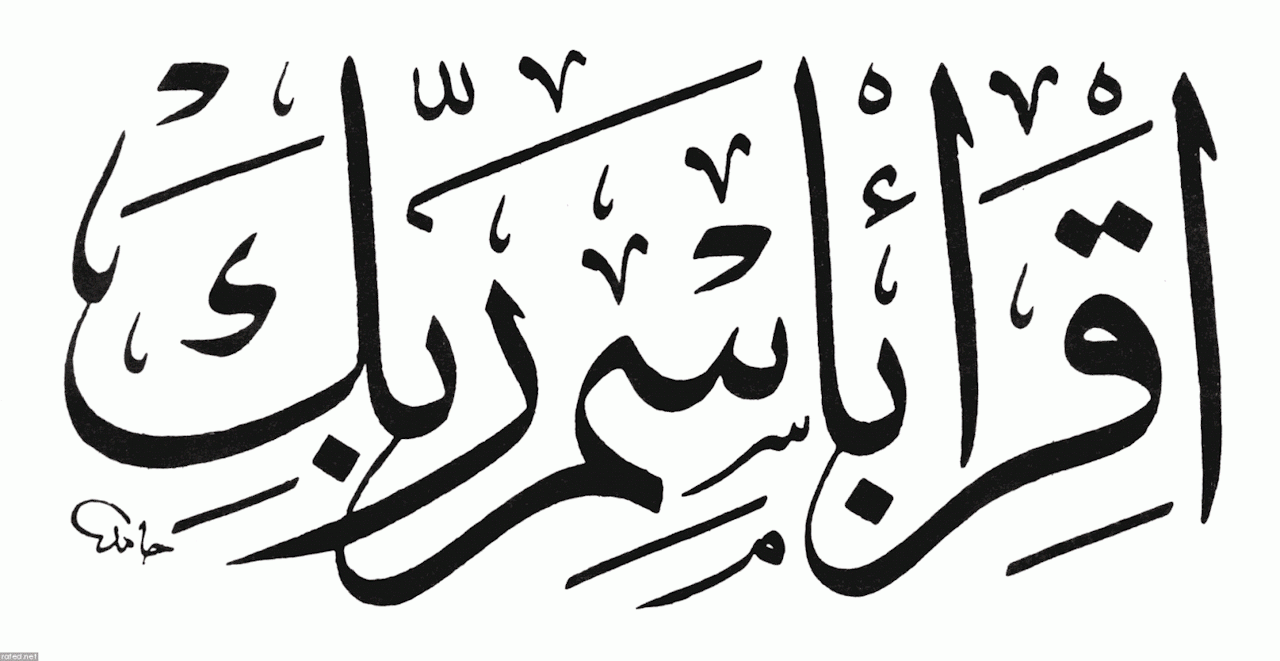 India is one of the fastest increasing automotive markets in the world. Society of Indian Mobile Auto Mobile Manufacturers (SIAM) predicts that the import and export of automobiles (including complete vehicles and auto parts) will grow by double digits in the next two decades. This generates important opportunities for English to Arabic translations services. When it comes to professional Arabic automobile translation services, Language Preside is your best choice.

Do You Need the English to Arabic Language Translation for Automobile/ Automotive Documents?

India is one of the fastest increasing automotive markets in the world. Society of Indian Mobile Auto Mobile Manufacturers (SIAM) predicts that the import and export of automobiles (including complete vehicles and auto parts) will grow by double digits in the next two decades. This generates important opportunities for English to Arabic translations needs. When it comes to professional Arabic automobile translation services, Language Preside is your best choice.

Do You Need the English to Arabic Language Translation for Banking and Finance companies?

Accuracy is essential for all financial documents. The financial companies and banks are aware of this. For your accuracy, our specially trained and experienced Arabic native speakers or accounting and financial Arabic linguists can ensure that your Arabic-translated documents are error-free and meet official standards. Insurance agencies, financial advisors, and insurance companies all know that our Arabic to English and English to Arabic language translation and our Arabic language editing team will never let them down.

The law entirely depends on the accuracy of the legal terms. Language Preside provides translation services for legal Arabic language documentation & policies, Patents, User manuals. Many Law firms and advocates trust Language Preside for impeccable translations from Arabic to English and English to the Arabic language that fully meet the legal standards at all levels. Our Arabic language experts native translators understand “legal jargon” in relation to various areas of law and specialty, including copyrights, and trademark registrations, employment and partnership agreements, acquisitions and formations, trusts and wills, and various linguistic services for litigants.

Are You Looking for Transcription Service for Arabic Audio and Video?

Do You Need the Medical/ Healthcare Translation Services in the Arabic Language?

India has the world's second-largest population and one of the largest life science markets. Pharmaceutical, medical, healthcare, and biotechnology companies that are now planning to enter the Indian market can seize huge business opportunities.
Many of our Arabic language expert translators have expertise in the fields of medicine, pharmacy, and healthcare, and strive for precision and excellence. They provide perfect translations of technical, marketing, and sales documents from Arabic to English and English to the Arabic language.

Are You Looking for Arabic Language Audio and Video Transcription Services?

Are You Looking for a Professional Subtitling Company for the Arabic Language?

The variety of Arabic dialects makes interpreting and translating into English a daunting task as it requires great fluency and knowledge of both Arabic and English to interpret and choose the correct words, as well as maintaining the bilingual properties of both languages. Language Preside has been involved in subtitling from the beginning, and has a lot of experience in subtitles.

Are You Looking for a Professional Arabic Language Content Writing Company?

Do You Need a Professional Arabic Language Voice Over Agency?

Whether you are looking for a Arabic language voice-over agency or a Arabic dubbing agency, we can provide you with services from initial Arabic to English and English to Arabic language translation and customization to talent audition and voice monitoring to help you support the final recording conference.

Are You Looking for a Professional Interpretation Company for the Arabic Language?

If you require professional ISO 9001:2015 certified and standard translation services in the Arabic language, Language Preside offers a complete set of solutions to meet the needs of its worldwide clientele. Native Arabic linguists work around the world 24/7 to deliver your projects on time and under budget.

WHY YOU USE MY ARABIC TRANSLATION SERVICES?